Not wanting to pay $200 for an editing controller, this YouTuber spent a weekend designing and building his own. And he taught us a lot about project time management:

Seriously. Who doesn’t want to make a movie after seeing this?

Everything you need to know in 51 seconds.

I’ll be live tweeting the Apple Hello Speed iPhone event at 10am PDT. Join me at Twitter.com/gate_check! 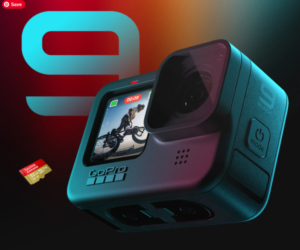 GoPro’s latest Hero9 action camera has much more 5K video for shooting those iconicaction sports videos in mind, thanks to a new front facing camera and the ability to use it as a webcam. But there’s also a new ultra wide lens mod that means one thing … interchangable lenses are finally coming to the Hero line.

END_OF_DOCUMENT_TOKEN_TO_BE_REPLACED

2020 is the year everyone goes online. “Zoom” is a household verb, and everyone is learning how to look better on camera. It’s also the year that every conference and trade show becomes a virtual event with live streaming keynotes, sessions, and even virtual showrooms. And Adobe is no different, this year, opening up their annual MAX event for free registration.

Normally costing upwards of a thousand dollars to attend, this year’s Adobe Max virtual conference will give attendees free access to over 56 different sessions, with access to instructor files and presentation downloads.

Personally, I’m really looking forward to the Adobe Sneaks session, giving us a peak of the blue sky projects they’re working on for the future!

Registration is free and now open through the Adobe Max webpage.

There wasn’t a lot for filmmakers to get excited over in today’s Apple Keynote. 85% of it was about software tweaks thats I would call “fins.” It’s those refinements you get in to “toc” of the tic-toc development cycle. And then there was a big news of Apple Silicon, the Cupertino designed processor which will begin driving the Apple platform starting next year. Here’s my thoughts …

If you want to know all the details, I live tweeted the keynote and you can check out the feed to the right, or read it on twitter at @gate_check.

iOS14, iPadOS14 and macOS Big Sur. All three operating systems continue their gradual move towards integration, and someday soon, there will be one OS to rule them all.

iOS14 has some nifty new improvements including finally embracing widgets. Only about eight years after Android. But it’s a welcome change which also gives users customizable size options and finally putting them on the home page.

But the best change may be something called “AppClips,” little pieces of apps that you can run via NFC or QR CODE to operates apps one a one time basis without having to download the entire thing. So you rent a bike, activate with AppClips from a special scan, pay with Apple Pay and you’re peddling away without having to sign up for any account. very cool.

Apple has also reworked an incoming call notification into a compact notification that doesn’t cover the entire page.

Hardware wise, AirPods Pro gets an upgrade with spatial audio. Essentially Dolby Atmos in your ears.

But the big thing is Apple finally making the move away from Intel with their own in house processors called Apple Silicon. And they are upgrading Rosetta 2 to do the translating on any non native apps so users can keep using their favorite apps.

Honestly it may be a transition that nobody asked for. While they referenced the move from PowerPC to Intel and how the multi year transition will be as seamless with Rosetta. Only time will tell if professionals want to make that leap without Apple forcing it on them. Even if Adobe is all in.

Monday is the start of Apple’s annual worldwide developers conference (WWDC). This year, due to the CoVid19 outbreak, the conference is virtual, but that’s not stopping Apple from announcing new products.